Here’s the babby house I remember.

It’s built from planks of woods around the bottom of a big chestnut tree in the corner of a field. The roof is a sheet of rusty galvanise. There is one window, made from a panel of tough transparent plastic. The door is a sturdy rectangular flap, also made from hard plastic, hardly big enough for an adult to pass through.

There is a little shuck between the field and the big chestnut tree. A plank of wood forms a bridge for access to the babby house.

The hollows in the tree are shelves, to store old food tins and jars filled with shiny red and green haws. A broken clock hangs on the stub of a branch, and two rusty enamel mugs sit on their stove which is made of four red bricks stacked into a square.

The babby house is well-equipped with chipped plates, warped saucepans with no handles, bent spoons, and empty bottles.

Moldy dolls sleep on a layer of withered rushes that line the bottom of a wooden crate. Dinner is cooked in one of the bent saucepans; cabbage, peas, and potatoes (dandelion leaves, green haws, all sprinkled with white clover petals). Stones are used for potatoes and eggs.

Spiders dangling from cobwebs and creepy crawlies inhabit the babby house and get brushed out regularly only to return in the middle of the night. It’s cold in the wintertime and smells of damp soil. It’s balmy in the summertime and smells of fresh moss and chestnuts.

The babby house was our foxhole, a place for self-expression, a place to unleash our imaginations.

Tell me, did you play in a babby house? If you had, what was it called?

I usually write about something from the old days and ask Lucy to draw a picture related to what I write. Today, Lucy drew the picture first and then asked me to write about it – keeping to our theme of ‘old days’.

Did you have a homemade swing?

Was the seat of it an old tyre? Was it a car tyre, or a big tractor tyre that half your family could sit on at the same time? Did it leave black marks on your behind?

Or was your swing seat a thick block of wood with black holes in it because they were made by a red hot poker? Was the rope blue or red—the same kind of rope that was used to make the washing line? Did you ever get your hair twisted in the rope from spinning instead of swinging?

Did your swing hang from the branch of a tree in the garden, or in the field beside your house – the field that belonged to your granny? Or did it hang from a wooden frame built by your dad and your uncle? Was the wooden frame painted?

Did it swing so high that you could see across the fence next door, or across two of granny’s fields? Did the rope creak when you swung fast, and get louder the higher you went?

How often did you fall off your swing, and did it stop you from getting back on?

When a child in school boasted about the new swing that they got from the toy shop in Dublin, did you think it was better than yours because it had a metal frame and a plastic seat?

Maybe you didn’t have a swing of your own, but you played on your friend’s swing.

Maybe you were the child who got the metal framed swing from the toy shop – the one with the plastic seat!

No matter where you did your swinging and no matter what it was made from, I bet it was the best swing ever! 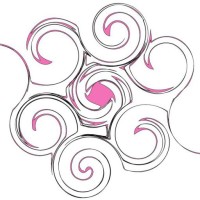 Pictures Poems and stories about all cats

In search of spirituality

Photos, art - and a little bit of LIT.

You can always start now

We’re here to share our passion for waste reduction, plastic reduction, and our journey toward living a greener, more sustainable life.

life through my lens

Welcome to the Worlds of Rhyan Scorpio-Rhys

A look at life, achieving good physical and mental health and happiness

KINDNESS IS FREE, sprinkle it all over the world, and 😁 smile

Of Books, Photography, and Tea

There are no facts, only interpretations. - Friedrich Nietzsche. The truth I think that validates everything you have to say.

SEE THE BEAUTY. FEEL THE JOY

Taking the camera for a walk!!!